Take a look outside. Don’t be shy, this isn’t a trick. Take a moment to take in the beauty. The majesty of it all. The colours. Open the window – feel the breeze. Breath in. Take in the smells, the heat in the air. Meditate on it for a moment.

Ladies and Gentlemen, we are in summer.

Could we ask for anything better? Summer is the most glorious of seasons, and is anyone really surprised by that statement? Especially for those who live in Stouffville, Ontario, we could not ask for a better place to experience this most wonderful of seasons. Anyone, gardeners, landscapers and homeowners alike – love this season because… well, because there is so much to do! The whole outdoors is at our disposal, and we can do whatever we want within it! 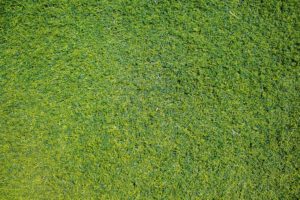 Not to mention that aforementioned outdoors is at its most beautiful during the summer. Some people may argue fall is when Stouffville really comes out to shine, but we’re not here to argue that today. Today, we just want to revel in the beauty of a Stouffville summer. We just want to bask in the sunny yellows. Bathe in the sky blues. Feel the life of the luscious greens.

We’re actually going to stop right there – one those luscious greens. We all know that plants as well as trees are some of the biggest stars on anyone’s front lawn, but we all truly know the unsung heroes of a front lawn… The lawn itself. Yes grass, something that we lawn and water, then let is just exist. Without it, we truly think summer wouldn’t be as beautiful – without that green to offset the beautiful blues, can one truly call it a summer? Are we truly experiencing all we can? We personally don’t think so.

Today, we’re going to talk about the best grass to plant on the lawns of the average homeowner, gardener or landscaper. Hopefully, after today, one will be down to enter the glorious green world of grass.

Like many other things, the best grass to plant is going to really depend on which region one lives in. Since we are from Stouffville ourselves, we were thinking that we should talk about the best grass to plant should one live in the Stouffville region. In other words (or for the sake of this article) we are going to discuss the best grass to put in should one live in the “Northeastern Region”. We know this may not apply to exact geographical location (especially when it comes to Canada) but for the sake of argument let’s go with this.

We in Stouffville are no stranger to cool winters (heck, one might even call them “frigid”) and we’re also no stranger to hot summers. We are going to need a grass that’s going to be able to withstand high heat, as well as being buried beneath snow for the majority of the year.

We’re going to start by recommending an old classic – Kentucky Bluegrass. There is a reason this is called an “old classic”. This is because this grass thrives in regions like ours, and so it has been used throughout the years in places like Stouffville. It can be described as hardy, and it needs to be in order to survive through the harsh Stouffville winter. It is also a grass that is excellently textured, and it’s colour is also revered throughout the Northeastern Region.

Did we mention how high the cold tolerance for Kentucky Bluegrass is? While other lawns tend to get destroyed in the winter, the average homeowner, gardener or landscaper can expect their Kentucky bluegrass to keep on kicking during the winter months. So, should we not get that snowy a winter in Stouffville (hey, one can dream) anyone with a bed of Kentucky Bluegrass is going to be pretty safe for the winter.

Finally, we want to mention that Kentucky Bluegrass is also fairly disease resistant. As long as the average homeowner, gardener or landscaper takes the time to care for their kentucky bluegrass, they should almost never have a problem with disease. 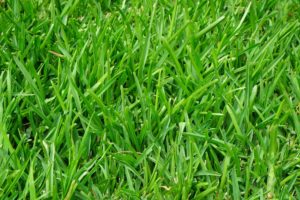 While it may be pretty basic, there is a reason that Kentucky Bluegrass has survived throughout all these years, and is the one we would 100% recommend to all those who wish to put in grass.

At the end of the day the most important part is this – adding grass to one’s lawn isn’t just good for oneself, it’s also adding beauty to the community. And wouldn’t it be best if that beauty wasn’t only good looking, but hardy as well? We certainly think so. 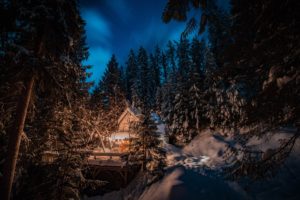 What To Put Christmas Lights On; Things That Aren’t The House. 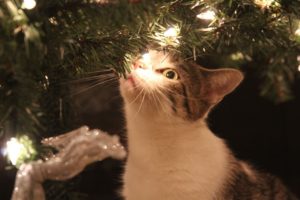 The Best Time To Put Up Christmas or Holiday Lights 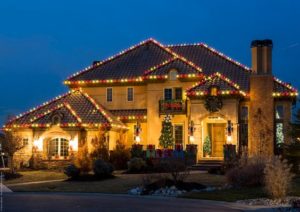 5 Common Holiday Lighting Mistakes and How to Avoid Them