The winter months have been gone for some time now, denizens of Stouffville. We suffered collectively through its bitter cold, through its grey skies, through its wet, slushy roads. Then, came spring, which was a step in the right direction, but came with its own set of issues. Yes, the nights and days were warmer, but there was still a chill lingering in the air. Also, the ground still had its wintery wetness, and winter still loomed in the background with the occasional snowfall.

But now, ladies and gentlemen of Stouffville, we can put that all behind us. As we charge head first into summer, we can look forward to a couple months of heat, of sun, of fun. However, with the summer months comes their own set of issues. Sometimes it can be too hot, sunburns can itch like the dickens and the less said about mosquitos the better. Also, the summer tends to come with its own set of chores for the average homeowner, landscaper or gardener. There’s mowing the lawn, there’s tending to the garden and of course, there’s the chore dreaded by bored teenagers and adults with pains in their backs – weeding.

Weeding can be a real pain. Weeds are terrible for a person’s property, and can look awful in a garden. However, while the chore itself can be a pain in the rear, it is one that is fairly simple. And with this article, we’re hoping that we can make this simple chore even simpler for the average homeowner, landscaper or gardener. So without further ado, here is our guide to weed control.

Dig Them Up By The Roots

Yes, it is the most tedious of the weed control methods. Yes, it is the biggest pain in the rear. But, it is a method that has stood the test of time for one reason and one reason only – it’s effective. Landscapers, homeowners and gardeners may dread digging up weeds by the roots, but they cannot deny that after the weeds are dug up by the roots and properly disposed of, they more often than not don’t show up again. 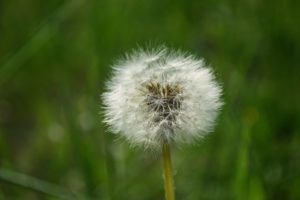 What should one use for this method? A lot of homeowners, gardeners and landscapers just use their hands, but this method isn’t all that great. It often leads to a couple of roots being missed, and it means that the weed will more than likely grow back. One should use a hand trowel to really get to the root of the weed, and pull it out afterwards.

However, this method is only great if one’s garden only has a couple of weeds. If one’s garden is completely full of weeds, one is going to want to invest in a weeding tool. These long instruments of weed destruction make it so that the average homeowner, landscaper or gardener doesn’t have to bend over every time they find a new weed.

This may be the easiest way to get rid of weeds. One simply just has to run the lawn mower over the weeds and they will be gone. While it may be easy, it is not the most effective way of getting rid of them.

For starters, one does not get to the root of the weed if one mows over them. They are gone from sight for sure, but they will grow back. Also, to keep on top of these weeds, one is going to have to frequently mow the lawn. And as we have previously established, frequent mowing is not good for a healthy lawn. 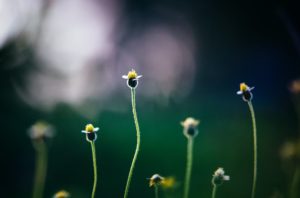 Pour Boiling Water Over Them

This would seem like a pretty medieval solution… if we weren’t talking about weeds. All one has to do is what is said in the title there – just boil the water and pour it all over the weed. This will not only kill the weed, but kill any weed seeds that happen to be in the weed at the time.

Most weeding experts say that this method is most effective for driveways and walkways where there are weeds poking through the cracks. The weeds will die off in a couple of days and gardeners, homeowners or landscapers can go back to enjoying their walkways. 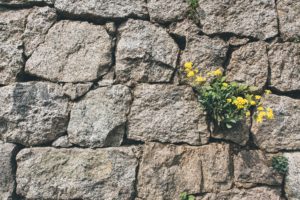 We also have a couple of tips for weed control that one should know:

We also learned about some tips when it comes to weeding. Namely, one should weed as often as possible, one should put mulch in their gardens and one should always dispose of the weeds properly.

Yes, weeding is a chore that everyone hates. Yes, it is tedious and can be a pain. However, if done often, it can mean that every homeowner, landscaper or gardener can have a great looking property this summer! 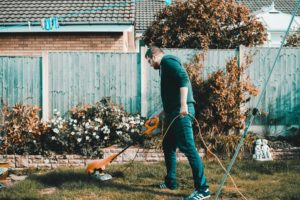 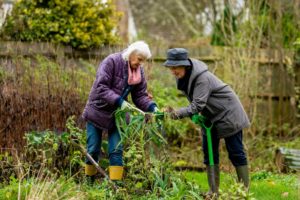