Ah yes, it seems we are once again returning to one of the most lamented chores of not just the winter, but perhaps one of the worst chores period. For most it is a chore that hurts, both physically and mentally. It is a chore that is integral for sure, and one that undoubtedly most hate. However, it is also a chore that can be made easier… should one use the right tools.

In the last edition of this article we covered the basic tools one can use for snow removal. In this article, we are going to expand to some of the more niche tools, including ones that take both a fairly large monetary commitment. However, each of these tools should make one of the hardest and most hated winter tasks a little bit easier. 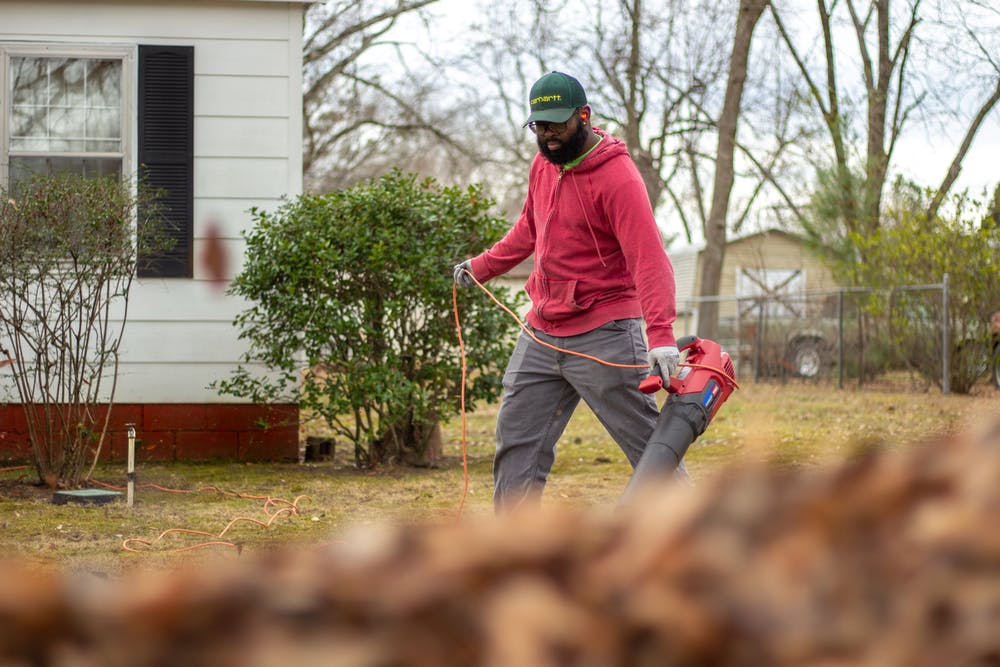 Well this is an interesting way to start off an article about winter tools. The implication for which season a leaf blower should be used is in the name- when do leaves need to be blown about? When they’re on the ground and need to be put in a pile. So, using what we know about the seasons, we can deduce that a leaf blower would most likely only be used in autumn… right?

Wrong! The leaf blower is one of the most versatile tools in the garage of any homeowner, gardener or landscaper. It can be used in summer and spring for cleaning, and as for winter, it’s just as useful. Say there’s a light snowfall that is fluffy and comes off a property easy. Should a homeowner, gardener or landscaper break their back shovelling this tiny amount of snow? No way! The leaf blower is a great tool for getting rid of that tiny layer of fluffy snow, easily and most importantly- quickly.

A Plow For The Wheelbarrow

Speaking of one of the most versatile tools in the garage of any gardener, homeowner or landscaper, the wheelbarrow. Great for transporting everything around, from dirt to stone to garbage. It’s also a great place to mix concrete, great for covering up other important tools and hey, should someone wish to ride in the wheelbarrow, it makes for some great fun as well!

This all around great tool is also useful when it comes to snow removal with the little help of a certain attachment. One can buy a fairly cheap “wheelbarrow plow” that can be added to their wheelbarrow to make their life so much easier. Be warned however, while the speed of the snow removal is going to be accelerated, the weight of the snow is going to increase from that of a shovel. Those that have a hard time lifting snow with the shovel- this may not be the tool to use.

A Plow For The Truck or ATV

This one is specifically for that part of our audience that drives a truck or owns an ATV. We’ve all seen the snow plow trucks driving around during the winter, but there is a way to become one of those plowers. 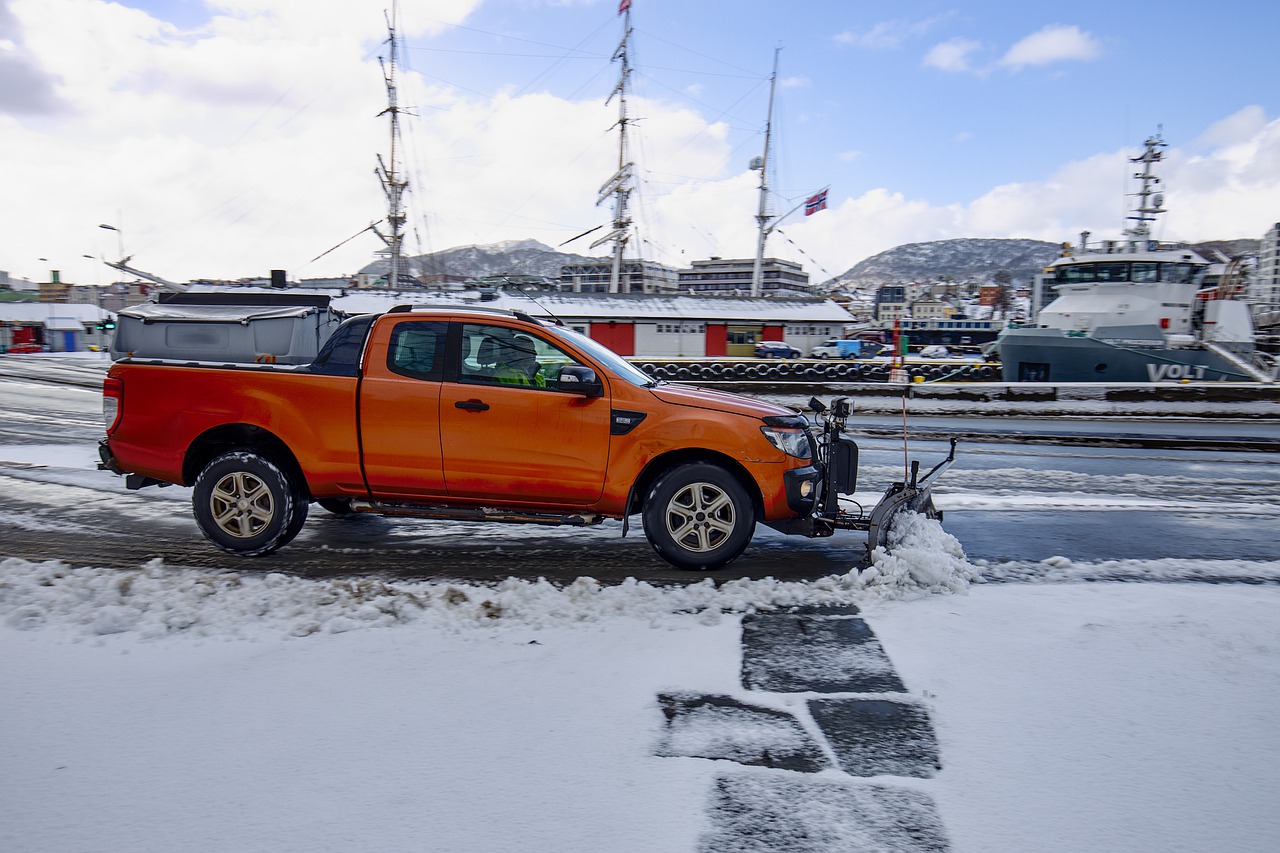 One can actually go out and buy a plow for one’s truck. Yes, it can be a pretty big monetary commitment and yes, it is a bit of a pain in the rear to put on one’s truck. However, think of it this way: no one else (unless they have the same setup) is going to be able to shovel their driveway as fast! Think of the speed! Also, there’s no worry about getting injured (the truck is doing all the heavy lifting) and there’s barely any chance of one getting sick either!

The cons of having a plow on one’s truck: it’s going to be bad for the truck. The wear and tear on the vehicle is going to increase, so the truck will eventually break down sooner than anticipated. Also, this one is just speculative (but we’ve seen it happen before); a lot of people in the neighbourhood are going to start asking for help with their snow removal. “Oh, it’ll only take a sec” they’ll say. And then suddenly, anyone who has a plow on their truck is the local plow person.

Another place a plow can go is on an ATV. These are a little easier to set up, and are probably a little cheaper too. However, all the problems that come with having a plow on one’s truck also come with having a plow on one’s ATV. People will ask for help, the wear and tear, plus one is a lot more susceptible to illness on an ATV than inside a truck.

It’s really up to the average homeowner, gardener or landscaper. Is the time saved worth the money spent? Is the lack of injury to oneself worth the damage one may do to their vehicle? It is up to them to decide.

These things are key to surviving a harsh winter, especially like the winters in Stouffville. It does just what the name suggests– it scrapes ice from one’s property. Just angle it at the right place and push, as easy as that.

Suddenly, one’s property isn’t a nasty ice rink where people can slip and hurt themselves. These things tend to come at a fairly cheap price too, and while they may not be the most versatile of tools (they are pretty much only good for winter) their ease of use and their ability to scrape ice is integral to the arsenal of anyone having to face the winter. 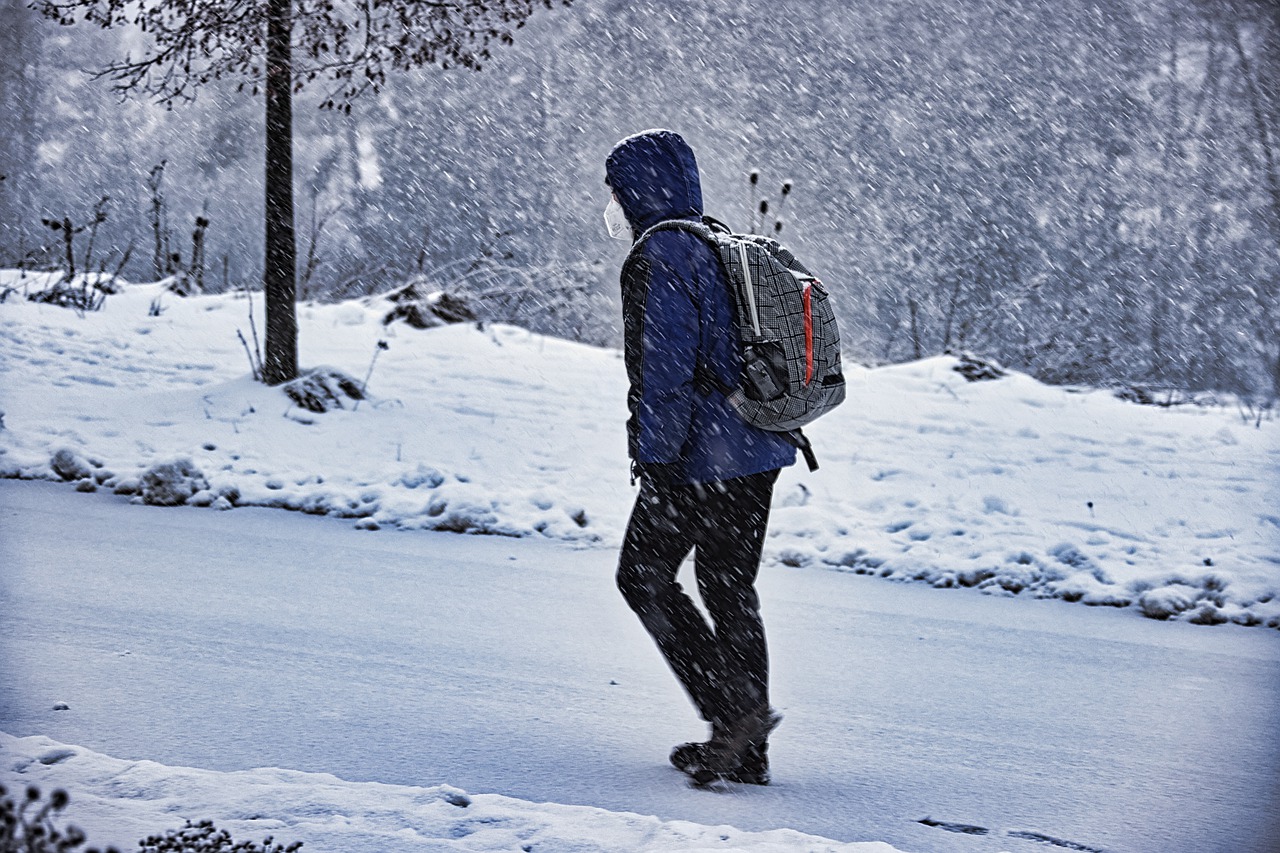 And so, this article about even more winter tools has come to an end. The funny thing is that we haven’t even covered things like the roof rake, a tool that one can use to get snow off their roofs! However, we think we got the most important ones, and we even threw in some surprises! The plow and the ice scraper we all know as staples of the winter snow removal arsenal, but the leaf blower may have taken some readers off guard! In the end, one has to remember that while snow removal can be a pain in the butt, it can be made a bit more fun by playing around with different tools. 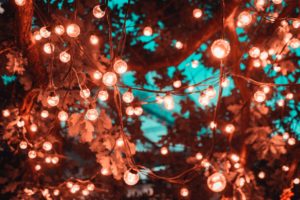 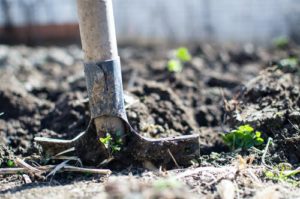 Landscape Design (4 Questions to Ask Before You Dig) – Sunready Landscaping